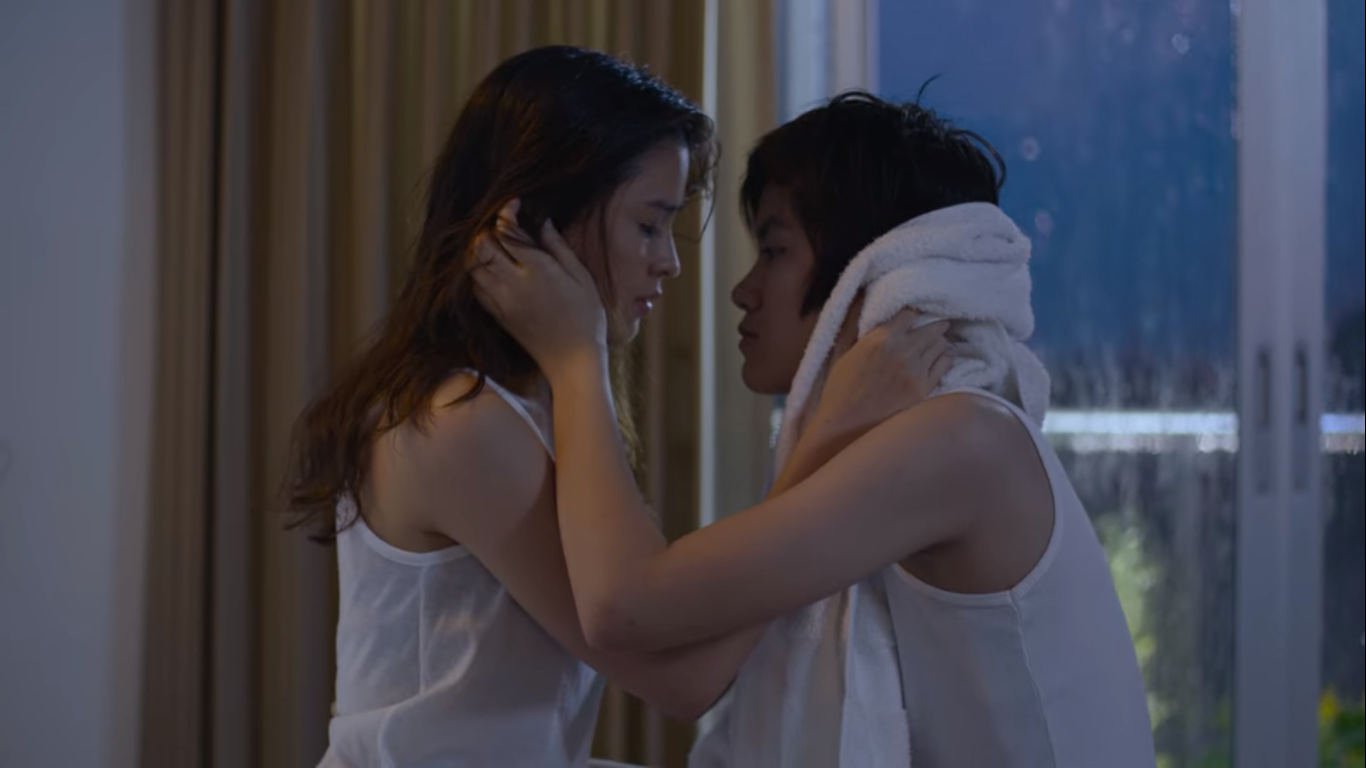 This film could be mistaken for a simple and harmless lesbian teen rom-com. In the West and in 2020, we are lucky to have quite a few of those. But when it premiered 10 years ago in a then quite conservative Thailand, it was the country’s first lesbian film with a butch protagonist. Knowing this, the narrative’s insistence on focusing on Kim’s tomboyishness as a barrier to her friendships and relationships makes a lot more sense. We’ll go into that more later…

Yes or No (Sarasawadee Wongsompetch, 2010) tells the story of university students Pie (yes that’s a real name) and Kim and their struggles to come to terms with their developing feelings for one another. The narrative takes place between their shared dorm room and the surrounding university and city.

Amongst the students, they live in a bubble that refreshingly and nonchalantly accepts queerness: their friend Jane has an open, immediate and persistent crush on Kim; their friend group has a token gay best friend, Boy, who is gloriously camp and has a bowl cut. One group of homophobic and sexist bullies are laughingly ignored, and any prejudice from within the group is quickly squashed.

Biggest Gay Mood: a butch coming to the rescue and clocking someone for their casual homophobia

In contrast, we discover that Pie’s family and upbringing were very unaccepting of both homosexuality and (even hints of) gender variance. Pie is at first averse to Kim’s apparent masculinity (she has short hair and wears jeans!), placing a piece of red tape down the middle of their shared room. [Okay, so maybe they’re not all completely accepting of queerness.] However, the line is gradually removed as her defences break down: in a rather heavy handed metaphor, the camera zooms in dramatically on Kim’s feet as she steps fully over the line for the first time to help Pie rescue her mattress from a rainstorm. They develop a friendship, eventually evolving into mutual desire and the potential for romance.

The main jar of Yes or No is its tendency for melodramatic reactions. Kim jumps dramatically into Pie’s arms when she sees a roach crawl across the toe of her (not) high-heeled shoe. (If only Britney had done a cover of Fancy, then we could have had that as our Britney Line Time.) While this does helpfully provide a moment of classic rom-com awkwardness between the two romantic leads, it feels almost humorously out of place. Later, smashing a (I assume functioning) fish tank because your crush hugged someone else while they were blindfolded is also A Bit Much. Combining this with slow motion head turns and one “let’s repeat this dialogue in the background to make sure everyone remembers that key plot point” (don’t worry, we do), it seems that, at times, the director doesn’t always trust that the audience will get it anyway.

Having said that, some of the over-the-topness is quite fun to watch, particularly when it comes to Jane. To put it simply, she’s a mess, and we kind of love to see it. Frustrating? Yes. (My notes on her go from ‘let it go Jane’ to ‘ffs Jane not again’) Entertaining? Yes. Relatable? Unfortunately, yes.

Boy is another highlight. Aside from the campness and bowl cut, he also has a great feminist moment where he uses his gay powers to make the men who are objectifying younger women uncomfortable by flirting with them. Also, when discussing Pie’s attractive but boring not-boyfriend, he uses the iconic line “he’s not worth my spices”, the importance of which, I think, shouldn’t be overlooked.

There are some things in this film that don’t really make sense. For instance: does this cafe not have any customers? Is Pie doing a degree in fishing? Why are her and Jane always wearing heels or wedges? (remember wedges?! This is 2010 don’t forget.) But, to be honest, the whole thing is just so damn cute you don’t really mind.

Top Tip: Don’t try to dig too deep into the narrative or the acting. Just let it wash over you and you’ll have a good time.

Yes or No is original, for me at least, in the way it intersects attitudes to gender expression and to sexuality. The fact that Kim is a ‘tomboy’ is more of a big deal to Pie, and later her mother, than anything about her sexuality. Kim spends the film coming to terms with same sex attraction, but her gender expression is something that she can’t help but show. In this way, and others, I gained an insight into complex Thai socio-cultural attitudes that I didn’t necessarily expect to gain from this film.

Both its daringness (in the context of south-east Asia in 2010) and its uniquely Thai perspective help me to conclude that Yes or No embraces, rather than relies on, Indie rom-com tropes. The classic moments of ‘will they won’t they’, including numerousHigh School Musical-esque almost kisses, come across as playful, rather than tired. And there are some refreshing breaks from the trends: without giving too much away, Pie doesn’t need to get her family to change in order to find personal happiness.

Britney Line Time: I’m not gonna ask you for nothing, just love me

Look, it’s not exactly groundbreaking. I don’t see this film as something that could change your life ー though perhaps it might have been for a lesbian and/or tomboy growing up a decade ago in Thailand. For me it holds a different kind of value, by virtue of being both a cultural insight and just undeniably cute.

If the question is simply ‘yes or no?’, then my answer is undoubtedly yes. 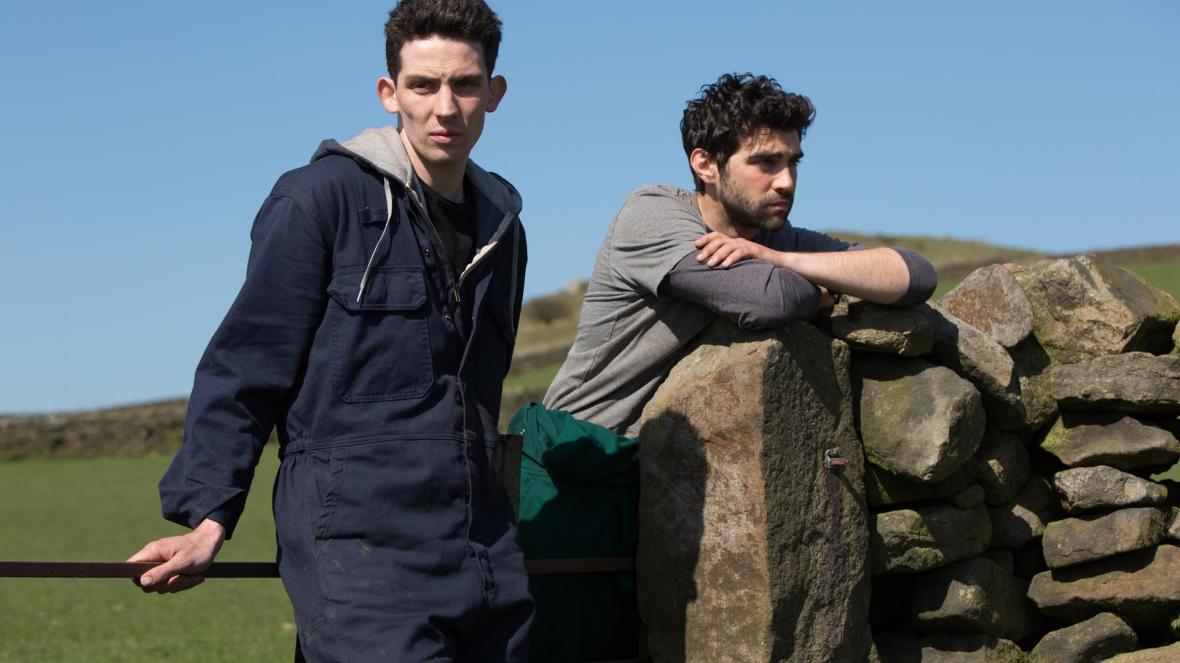 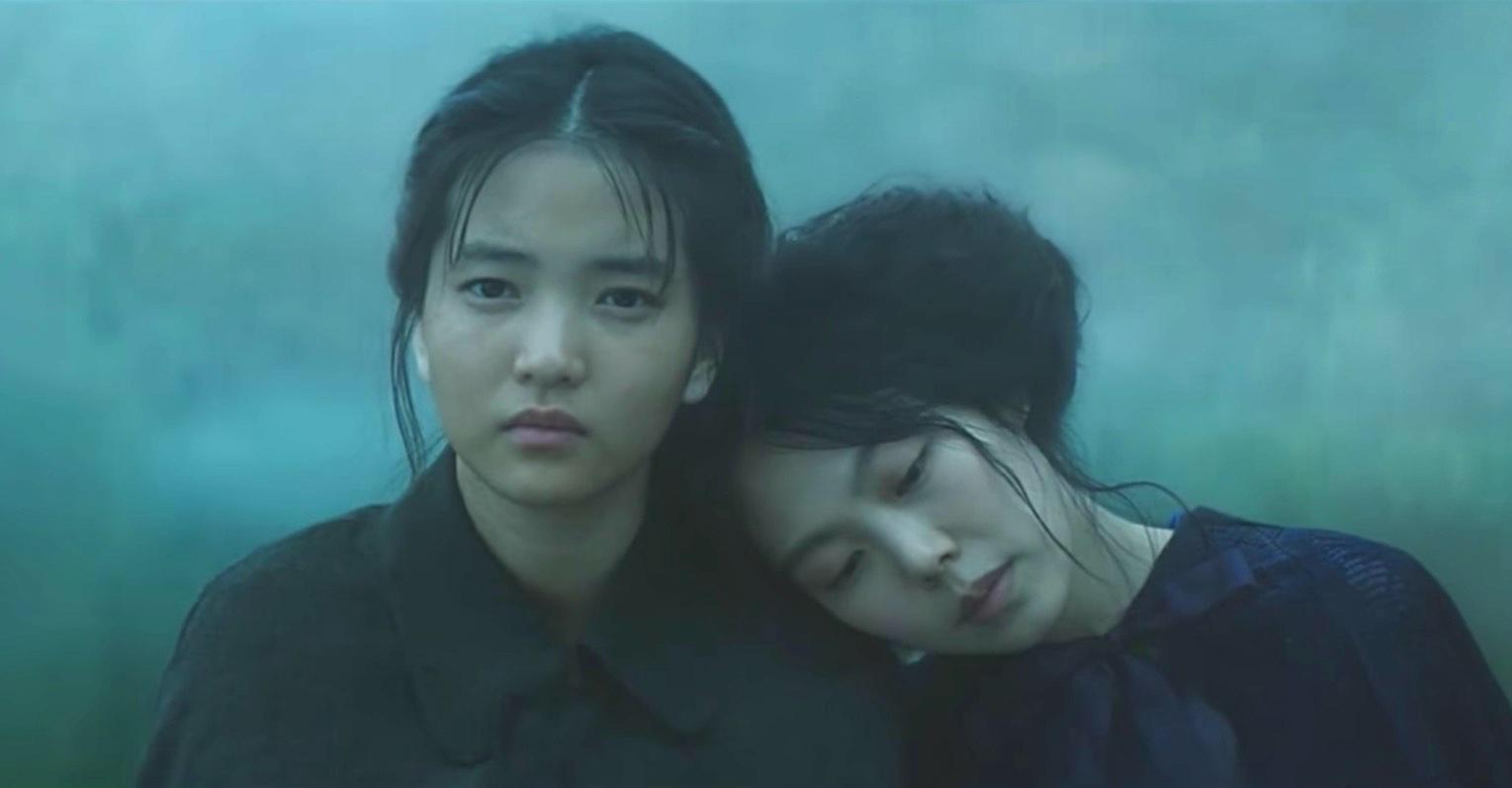 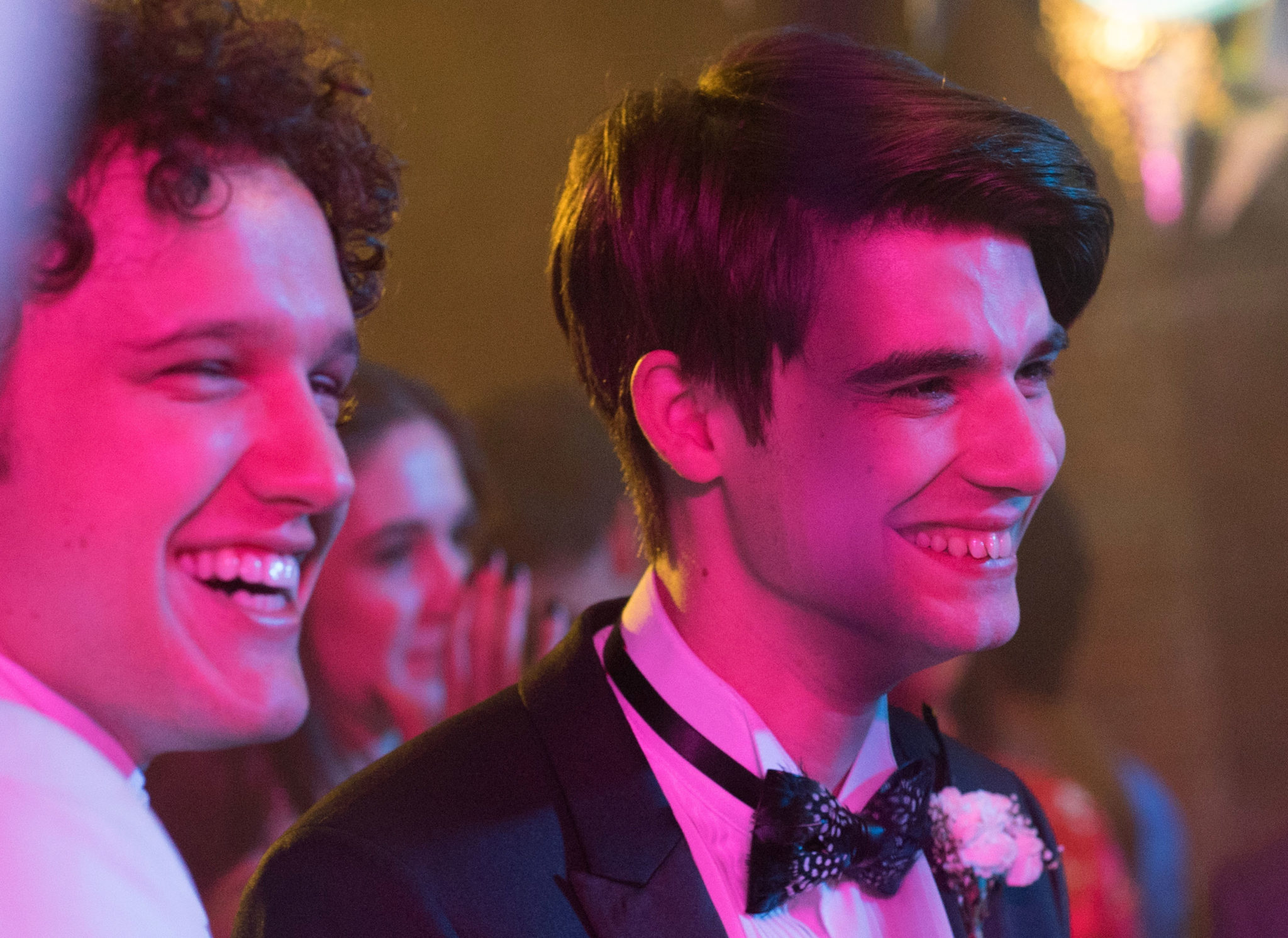