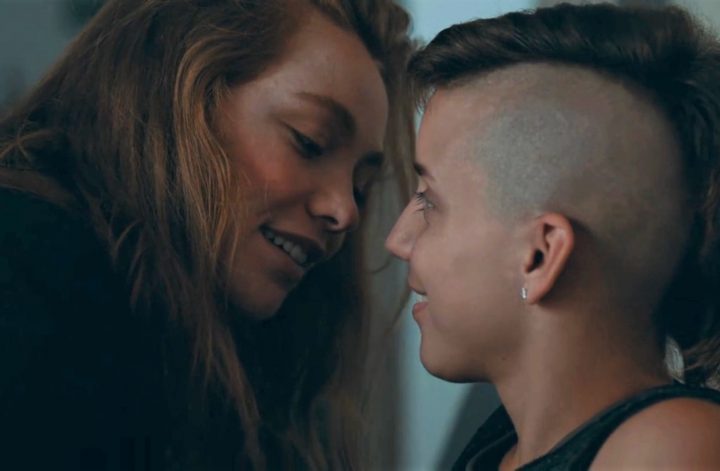 Princess Cyd opens with a deeply traumatic premise. We hear a neighbour’s 911 call, and our title character Cyd gets some devastating news: her mother and brother have been fatally shot. Throughout the action of the film, we find ourselves forgetting the trauma in moments. Impressively, though, the film still manages to find joy. Ultimately, it is a coming-of-age drama about finding common ground, building relationships and dealing with trauma through interpersonal connection.

In Princess Cyd (Stephen Cone, 2017), the action takes place when Cyd is a teen, eight years after the jarring phone call. She spends the summer visiting her estranged aunt Miranda in Chicago. Though the two are a little awkward at first ー Miranda is an author, and Cyd doesn’t really read books ー, they grow slowly closer, learning from one another. We also witness a summer romance: Cyd meets Katie, a butch girl who works at a local coffee shop, and ー as we (love to) see so often in these films ー friendship ends up becoming something more.

This film has every mark of indie you could imagine, right from the first time Cyd’s and Katie’s gazes meet across the quirky coffee shop. Structurally, it is lightly experimental: the pace is relaxed, with lingering shots and slow zooms; and yet edits are sometimes fast and jarring, interrupting conversations. Typically for the genre, contemplative tones and emotional arcs rule the narrative, underpinned by plinky guitar music from unknown artists and leading to a somewhat ambiguous (or at least open) ending. The setting and colourscape is similarly typecast: we walk through muted, hazy, sun-kissed scenes of small-town Americana (or at least what is presented as such) in a neighbourhood where everyone knows everyone.

Thus sitting firmly in the indie genre, Princess Cyd uses this position to juxtapose light humour against a background of deep trauma. The three central characters all deal with their own issues, and it is in meeting ー in sharing, in learning from each other ー that they discover themselves and find their own happiness.

Cyd and Katie: fluid concepts of gender and gendered attraction

“You can look if you want to”

When Katie, Cyd’s love interest for the narrative, uses this line as she’s getting changed, she invites her ー under no pretense nor pressure ー to the dance of queer flirtation. Something thought so complicated becomes so simple: “you can look if you want to”. And it turns out she does.

The film reflects Cyd’s own attitude in how candidly it treats sexuality (here, who you’re attracted to and by how much). The narrative shows both Miranda and her niece staring at themselves naked in a mirror (these are two different scenes, otherwise it might be weird). As with masturbation and later sex scenes, the nudity is apparent but not explicit ー it feels less like we’re leering at a sixteen-year-old (it should also be noted that Jessie Pinnick was in her early twenties when she played this role), and more like we’re catching her in a moment of self-contemplation. Miranda looks at her body with more feeling than Cyd; what feeling that might be ー pride for her journey, regret, longing for a lost past ー is less clear.

We are also privy to a sex scene between Cyd and Katie. Once again, it feels genuine and in no way performative: we focus on faces instead of bodies as they explore their emotional bond in a new way, briefly flicking to shots of hands on backs to remind us of the intimacy of the moment. In the afterglow, Cyd shares more details about her past with Katie, reinforcing the tie-in between emotional and physical closeness.

As well as opening her up to new kinds of attraction, Katie introduces Cyd to less restricted ideas of gender and gender expression. Katie herself leans towards a more butch presentation, with her short hair (ft undercut), polo shirt and board shorts. When Katie takes Cyd up to the roof of her apartment building, the two are approached by a film crew who are looking for a background silhouette of a boy and girl dancing together. Rather than being offended, the idea that Katie will be in this film with people thinking she’s a boy amuses her. Later, when Cyd tells her aunt about the humorous encounter, her aunt suggests that “maybe she is a he”. “Maybe”, Cyd replies, candidly. This seems unimportant to her.

This rooftop dance is also a key moment in building romantic tension between Cyd and Katie. Here, boundaries of gender and of sexuality are blended in one fluid moment.

Later, Cyd borrows Katie’s prom suit when she doesn’t have anything fancy to wear to Miranda’s “soirée” (a monthly gathering of friends, mostly academics, at her house). In this way, Katie introduces Cyd to new ways of exploring gender expression. The reception she gets is thankfully wonderful ー as it should be: she looks fucking great.

Biggest Gay Mood: Overdressing to a family event to draw attention to yourself

At the party, Cyd goes upstairs to with someone. They start making out, but then Cyd doesn’t feel ready to go further; unceremoniously, she recognises that, and calmly decides to stop. I suppose this shouldn’t be impressive to see on screen ー it should be commonplace to set your own boundaries ー  but the moment struck me nonetheless. It was refreshing to see this example of healthy teen sexual behaviour so simply and approachably.

Cyd and Katie’s relationship is part of a wider self-discovery and coming-of-age story for Cyd on her journey of discovering her sexuality and gender expression alongside the general pursuit of happiness.

Just as Cyd and Katie learn from one another, so do Cyd and her aunt Miranda. The most obvious (but still not insignificant) manifestation of this is in their habits and hobbies. Cyd surprises Miranda one morning when she decides to sunbathe (or “lay out”) in the garden, something Miranda has never done, even in her own house. Soon after, Miranda tries it for herself, and then later the two together.

In the garden, seemingly a space of opening up between the two, Cyd asks Miranda about her writing. Though curt, (and though she “doesn’t really read”), Cyd seems genuinely interested. The first time Miranda sees Cyd laying out, Cyd has started one of Miranda’s books and quizzes her about it.

This conversation leads us to another barrier that the pair overcome. While Miranda is by no means meek, she is much more careful with how she speaks than Cyd. Cyd, on her part, is direct: though innocently, she asks abrupt and affronting questions, unintentionally interrupting Miranda in their conversations with a rare adolescent curiosity. When asking about Miranda’s writing, Cyd does it in her way, marrying their worlds together.

Cyd gains something from Miranda’s more sensitive conversational style, learning to listen more before she speaks. Towards the end of the film, we see Miranda speaking at a lecture theatre, with Cyd and Katie watching. When it’s time for audience questions, Cyd gets up and asks Miranda a question that she genuinely wants to hear the answer to. She’s still giggling as she walks up to the mic, so she’s still being herself; rather than being more mature, she is simply more respectful of those around her.

In turn, Miranda learns from Cyd to stand for herself.

The pair previously discussed sex rather candidly (very much Cyd’s influence). After the infamous soirée, they are chatting when Cyd crosses a line. Rather than let it go, Miranda takes the moment to explain herself and what could be perceived to be her asexuality (or at least an ambivalence towards sex). I’ll delve deeper into this scene in a few weeks (sequence analysis upcoming!), but for now it suffices to say that Miranda defends herself with an assured-ness we hadn’t seen before Cyd arrived.

Ultimately, Princess Cyd is about dealing with trauma through interpersonal connection. Thankfully, the film manages, most of the time, to focus on recovery instead of trauma itself; while aspects of the set-up may seem heavy, the result is refreshingly light, softly spoken, ethereal even. In finding each other, the characters find joy to bring back to their own lives. In a smaller way, so do we.

Princess Cyd is available to watch on Amazon Prime. 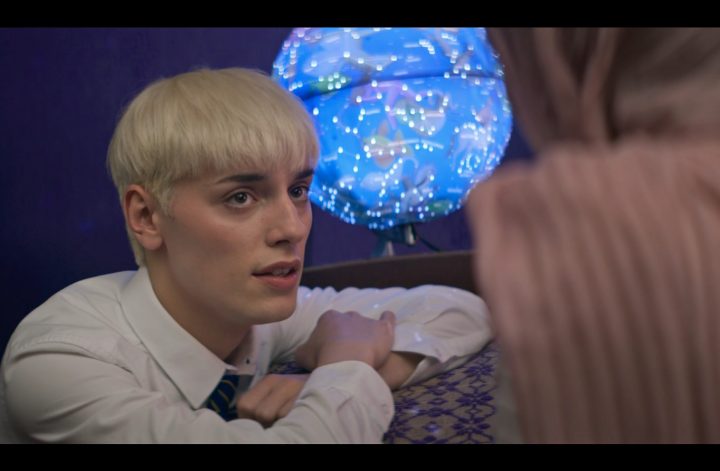 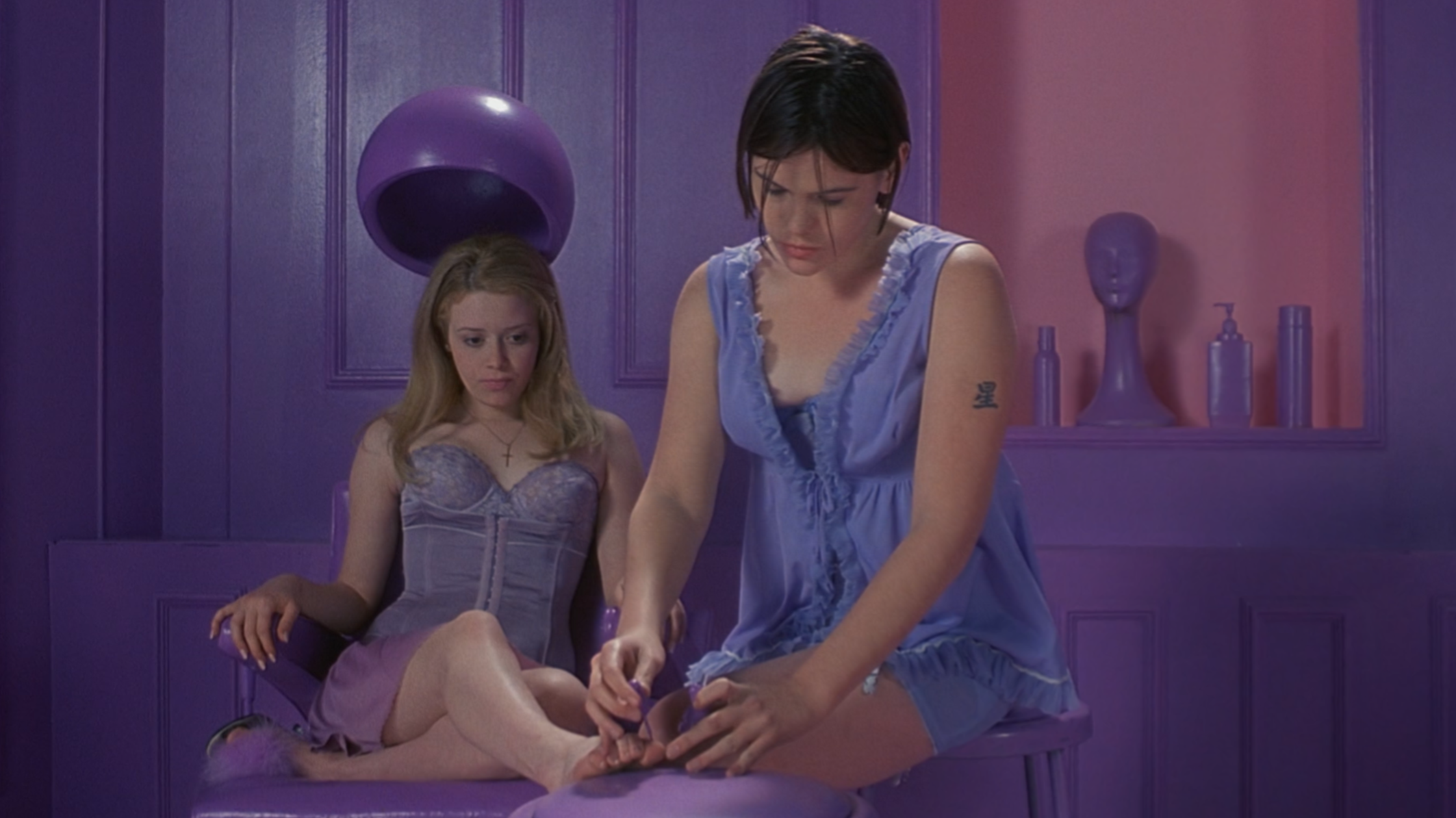 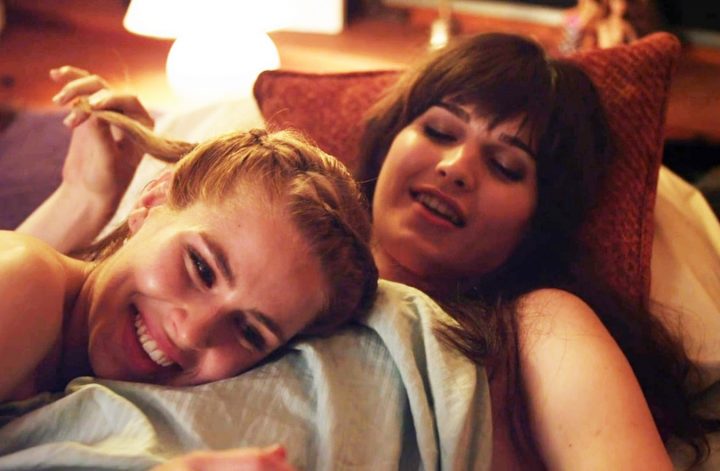